What to write in travel journal

How I travel journal

Hello friends, and welcome to my first video of 2020. I hope you all had a

wonderful celebration of the new year, and that you're not too hard on yourself

now that you have already failed all of your New Year's resolutions. Today I want

to talk to you about how I travel journal. Whether it's a weekend trip or a

one day trip, I like to collect memories from my travels in my travel journal. The

Interrail trip through Europe. An Interrail pass lets you take most trains in Europe

within a limited time, so basically it's an all-you-can-ride pass. I knew I

wanted to document this trip, so I'll take you through the steps I follow when

I travel journal, while I finish up my last travel spreads and show you some

clips from my trip. But before I do, I want to thank Rustico for sponsoring

this video. Rustico gifted me this beautiful leather

Traveler's Notebook, and I've been using the cover for a while now with

absolutely no complaints. Rustico is based in Utah, and all their leather

goods are made to order. Check out their website in the

description box below if you want to know more. Back to the travel journaling.

I have split this video into three parts. Step 1: before the journey. Traveling on

trains means you want to bring limited luggage. I decided to put together some

stickers and ephemera that fit together, as well as some washi tape, markers and

pens that would fit the theme. This might seem very time-consuming, but I find it a

lot easier to journal when I've already put together limited kits, kind of,

because it's less overwhelming when I sit down to journal. My Rustico TN cover

is able to hold the three inserts I wanted to bring along; my long-term

spreads insert, my monthly journaling insert and my travel journal. I also have

journaling supplies like double-sided tape. I was able to travel with all of

this in my backpack so that it was easily accessible, and it wasn't too

heavy so I'm quite happy with what I brought with me.

Step 2: during the journey. All of you hoarders out there; this is the step for you. While

business cards, you name it. I like to combine journaling with visual

depictions of what I've been up to, but I don't like to put polaroid photos in my

journal, and I also didn't want to carry around my polaroid camera, so tickets and

maps and receipts are great decorations for a travel journal. It's also an

alternative to draw or paint, but I find that when I'm on a trip I want to see as

much as possible instead of sitting down and drawing something. I went on this

trip with some online friends who are also into journaling, so we had some fun

journaling sessions on the longer train rides. I tried to keep up with my spreads,

to be recorded and not much time to process. So that leads me to the next

step. Step 3: after the journey. This is the step I'm at right now. This is

when I process what I've experienced and complete the spreads. I collected more

paper scraps from some cities than others, so not all the spreads are as

easy to complete while on the trip. For example, I didn't collect much from

Geneva, so when I came home I did print out some pictures I took while I was

there, and now I am ready to complete the spreads. So while I do that let me also

tell you a little bit about the trip. I'm not going to pretend that the trip was

perfect, because we did have our fair share of obstacles on the way, but

overall it was really fun. I flew from Oslo to Munich on my own, where I met up

with my friends and we got on a train to Füssen, a beautiful little village by

the Alps. We went there to see the Bavarian castles, which names I will not

friends will ridicule me (and they will). I loved seeing the castles and the Alps - it

felt really magical. From Füssen we went back to Munich, and we stayed in this

hostel with a guy who was both great entertainment and a huge annoyance. He

came in drunk at 3 a.m., tried to climb into his bunk without

using the ladder, and then both his phones had alarms on starting from 5

a.m. I will never forget that ringtone. We then went to Geneva to celebrate New

Year's Eve. New Year's Eve in Geneva was awesome - I mean, we do really great

fireworks in Oslo every year, but Geneva had a huge street party with street food,

bars, and not one, but three stages with live music just by the lake. I had such a

good time there. On January 1st we took trains up to Brussels, which is the city

I will name the highlight of this whole trip. Brussels was really cool, and so

rich in history. We went on a free guided walking tour and was introduced to the

city in a really fun and interesting way. So shout out to our tour guide, Anna, who

made the experience extra lovely. After a couple of nights in Brussels we made our

way south to Calais in France, where we caught the ferry to Dover in England.

train strike in France, which prevented us from going through Paris on our way

from Geneva to Brussels, and also prevented us from getting to the train

from Paris to London. but we found a good solution in the ferry, and we got a prime

view of the White Cliffs of Dover, so that was really cool. Another shout-out

to Taxi Driver Tony, who got us safely from the port to the train and from the

train to the ferry a couple of days later. I can't believe we found the same

taxi driver both times! We spent a couple of nights in London, and we made sure to

did some stationery shopping, and may or may not have come home with a bit

more than I expected. So this is kind of when things really started falling apart,

as delayed trains led us to not making it to the right ferry, which in turn led

the strike, so there was no way for us to get out of that town. But we made the

best of it, and got a lovely evening stroll on the beach and a nice visit to

a pub, so it worked out fine. Now, after a strange night in a strange

hotel in Calais we made our way to Nuremberg, the final destination of our

trip. One of my friends lived there, so we

stayed at her apartment and got prime tourist tips for the city. Nuremberg

looks SO German, with the old city walls and towers and churches and cute houses.

Most of nuremberg was bombed during World War II though, so most of it is

not original from medieval times, but the atmosphere is still there and it's such

a cute city. After a few nights in Nuremberg, I said goodbye to my friends

and headed back to Oslo. It's always sad to say goodbye to friends, but I know

it's not forever, so that helps. And there you have it - my 11 day Interrail trip,

summarised in just a few minutes. I am so excited for this new year, and I hope you

are too. I'll be really happy if you want to

subscribe to my channel, and I hope to see you all in my next video. Make sure

to stay for a final flip-through of the spreads I made for this trip. I hope

you're having a lovely day, and I'll see you next time. Bye! 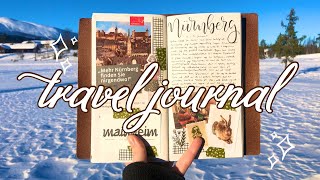 How I travel journal 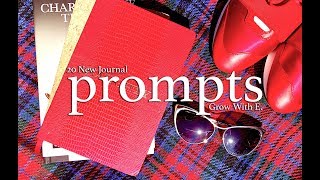 What To Write In a Travel Journal | 20 Ideas 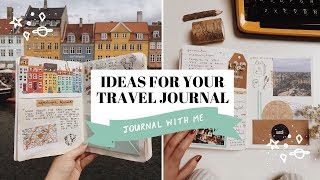 IDEAS FOR YOUR TRAVEL JOURNAL ✍✨ 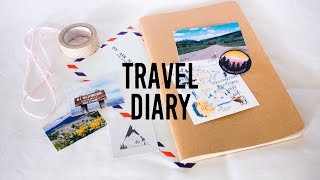 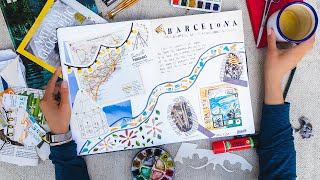 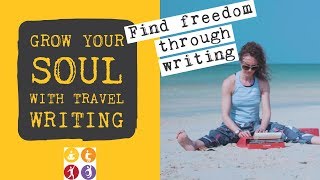 How to write about travel experience and travel journal ideas: WRITING VLOG! 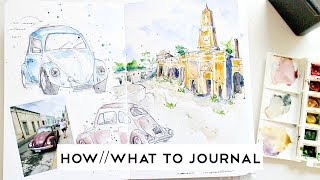 Travel Journal Tips #3 · WHAT AND HOW TO JOURNAL · semiskimmedmin 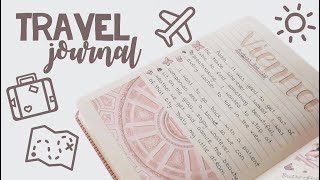 How I TRAVEL JOURNAL 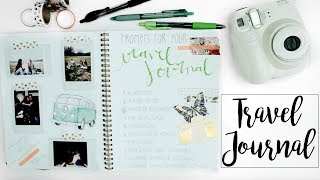